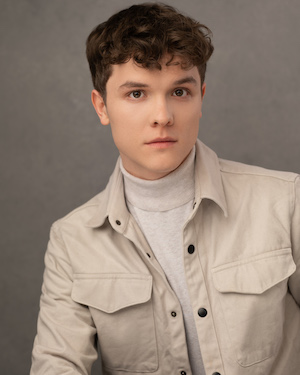 Joe Winter is a recent graduate of The Royal Academy of Music, trained there in musical theatre.

He took on the role of Charley in Merrily We Roll Along, his final production at RAM, with reviews describing him as giving 'a priceless performance'.

Other credits whilst training include 'Stephen Sondheim's Old Friends: A Celebration (RAM); Maria Friedman and Friends: Legacy (Menier Chocolate Factory); Jack, Rapunzel's Prince and The Baker in Into The Woods (RAM); Ben in Things I Know To Be True (RAM); Featured Soloist in Hello Jerry! (RAM).