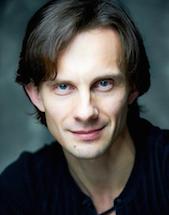 Benny Maslov plays the ballsy Russian journalist Dimitry in Damascus Cover alongside Jonathan Rhys Meyers and the late John Hurt. Directed by Daniel Berk, this thriller follows an Israeli spy in a film which portays the reality of espionage in the Middle East and Europe, based on real events in the late 80s.