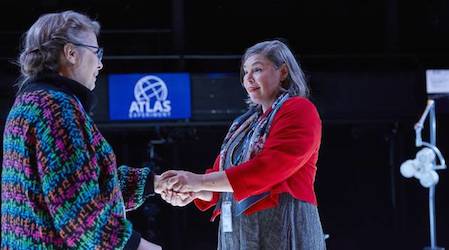 Cait Davis recently starred in the role of Gavriella in Lucy Kirkwood's new play, Mosquitoes, at the National Theatre's Dorfman alongside Olivia Colman and Olivia Williams who star as two sisters who are thrown together by a tragedy that threatens them all with chaos. Cait was directed by Rufus Norris.

'**** Idea-stuffed, intelligent play viewing life, the universe and everything through the relationship of two sisters' - The Stage