Christina Tedders in Dick Whittington and his Cat at Hackney Empire

Christina Tedders in Dick Whittington and his Cat at Hackney Empire 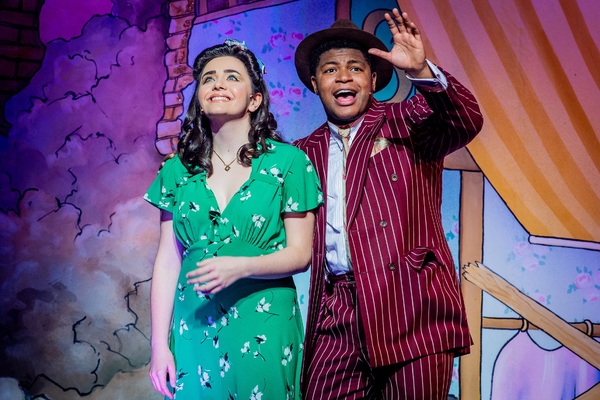 They’re back, oh yes they are!  Hackney Empire is delighted to announce Grande Dame Olivier Award winner Clive Rowe will make his 13thpantomime appearance this Christmas starring as Sarah the Cook in Dick Whittington and His Cat  joined by Tarinn Callender as Dick Whittington Who made his West End debut with the original London cast of Hamiltonplaying Hercules Mulligan and James Madison. Annette McLaughlin as Queen Rat, who has performed in numerous West End productions and international tours.  Hackney favourite Kat B who will star as Uncle Vincent the Cat and Tony Whittle as Alderman Fitzwarren. Christina Tedders as Alice Fitzwarren and Sue Kelvin  as Fairy Bowbells who recently appeared in Caroline, Or Change.

In Jamaica, young Dick Whittington is boarding a boat; chasing the dream of a new life in the gold-paved streets of glorious London. Little does he know, magic awaits him and his enchanted feline friend far across the ocean… he’ll embark on the adventure of a lifetime: fighting rodent royalty, meeting an eccentric fairy and winning the heart of his true love – all whilst trying to find fame and fortune.

Join us for a dazzling Hackney-style reimagining Panto of this classic rags-to-riches tale, bursting with laugh-out-loud topical gags, knockabout comedy, show-stopping song and dance numbers, the most boo-able baddies and enough festive cheer to fuel a ship half way round the world.