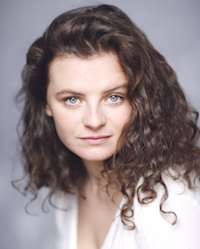 The film is based on the true story of former GCHQ translator Katharine Gun who leaked a confidential NSA memo proposing that the US and UK put pressure on six ‘swing’ nations on the UN Security Council to vote in favour of the imminent 2003 Iraq invasion.

Gun was arrested when The Observer broke the story and was charged under the Official Secrets Act, but her case was dropped almost as soon as her trial began in 2004 amid public controversy.

Gavin Hood directs and the film is distributed by eOne.