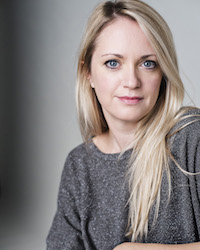 Sarah features in the main role of Paula in Ben Wheatley's new feature film, Happy New Year, Colin Burstead for Rook Films. The film centres around Colin, who hires a country manor for his extended family to lavishly celebrate the New Year. When his estranged brother David arrives however, Colin's position in the family is questioned.

The film premiered at the 2018 BFI London Film Festival and will go onto BBC iPlayer from Christmas.

'***** breathlessly funny with fast and seething insults, uniquely crafted to every character. Wheatley captures family frustrations that are heavily relatable to those of us blessed and burdened with big families, and with such powerful and hilarious depth.' - Culture Whisper