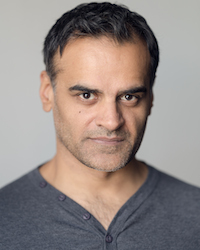 Parade is the story of a young man, Stevie, who awakes on a wasteland overlooking Bradford, still bleeding from a brutal attack that has left him with serious memory loss. Recent events are a total blank; his more distant memories are a blur. He slowly begins to piece together his identity, finding his home, his family, and revisiting his old haunts in the city.