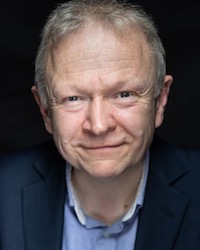 John Albasiny can be seen as Kogan in the 8th series of Strike Back, Amazon's highly successful original action series.

When a Russian bomber crashes in the South China Sea, the covert special-ops soldiers of Section 20 – Gracie Novin, Thomas “Mac” McAllister and Samuel Wyatt – are reunited and sent on a mission to investigate.

Working alongside the Malaysian police to shut down a Triad gang in Kuala Lumpur, the team uncovers a corrupt plot by a wealthy Indian nationalist running for Parliament, plunges into the jungles of the Golden Triangle in Myanmar, and faces off against mercenary drug agents and terrifying warlords as they unmask a conspiracy that threatens to push the world to the brink of global conflict.