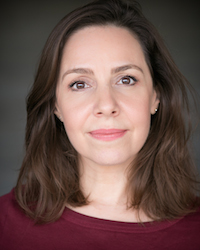 The project is inspired by the chilling true story of conman Robert Freegard (James Norton) and Alice Archer (Gemma Arterton), the woman who brought him down. A master manipulator, Freegard kidnapped countless victims, convincing them he was undercover MI5. A tale of lies, loyalty, gaslighting, fear, hope, and the investigation and high-stakes manhunt, which saved the life of Freegard’s final victim.

The film is produced by IFC Films & AMC+.