Miguel Nunes is the big winner of the Golden Globe for Best Actor in Fiction, for his portrayal of protagonist, João Vidal in the Netflix series “Glória”, which premiered November 5, 2021.

The plot takes place in 1968, in the village of Glória do Ribatejo, at a time when Portugal was heading towards the end of the Estado Novo and, at the same time, the Cold War period was taking place. In the thriller , the actor plays João Vidal, an engineer at Rádio Europa Livro and the son of a senior leader of the Estado Novo, having been recruited by the KGB, the secret police of the Soviet Union. 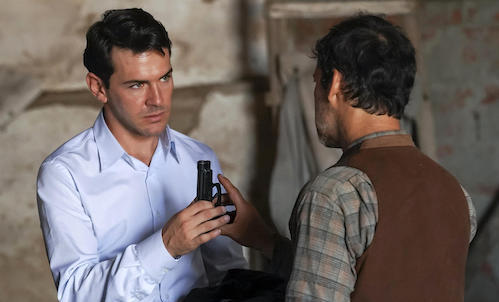