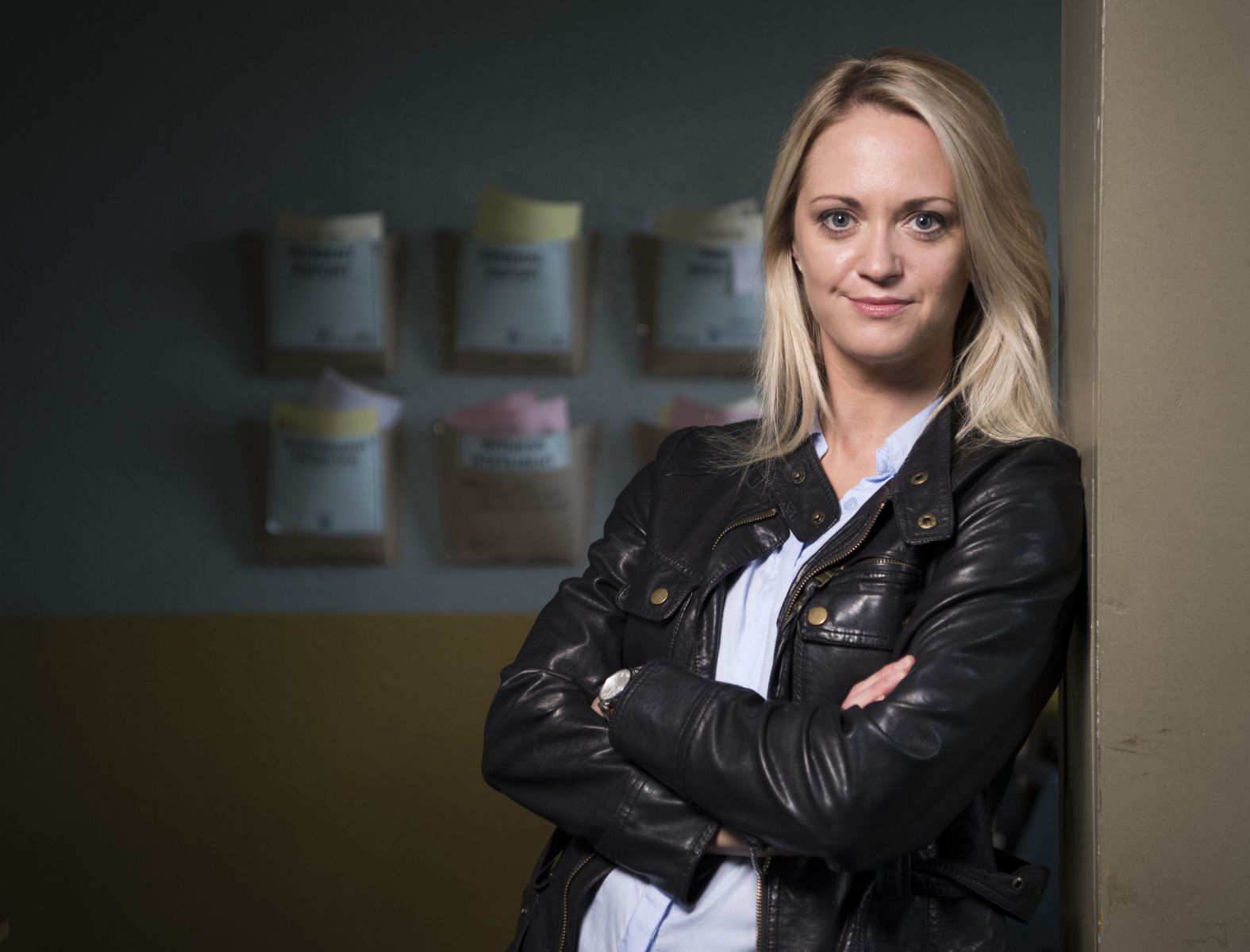 Having appeared in the pilot episode last year, Sarah reprises her role of Simmons in the mystery TV gameshow Armchair Detectives on BBC One.

Produced by Tiger Aspect, the show combines a fictional murder mystery plot with a gameshow, hosted by Susan Calman. It follows three studio contestants whose task, along with viewers at home, is to discover 'whodunnit' through an immersive investigation which takes place in the fictional town of Mortcliff where a crime has been committed.

Sarah's character, Simmons is as a smart, attractive and foxy CSI Forensics Officer.