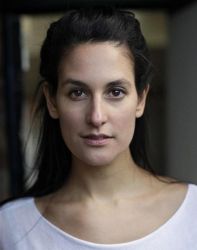 Shani Erez features in series 2 of Pandora on The CW as new series lead Meredith.

The CW's future-set sci-fi show Pandora stars Priscilla Quintana as Jax, a young woman who enrolls at Earth's Space Training Academy after her parents are killed in a mysterious attack on an alien planet.

"She’s been orphaned, she comes to earth, and meets this bunch of friends who go on adventures with her," says the show's creator Mark A. Altman. "But there’s a secret that involves the fate of the universe and slowly we’re learning what it is that she has to accomplish but there’s huge huge stakes involved."

"Last season was sort of Harry Potter in the future," says the executive producer. "We realized that we wanted to go full-on Star Trek and embrace the space adventure."

Season 2 sees the regular cast of Quintana, Oliver Dench, and Ben Radcliffe, among others, expanded to include Akshay Kumar and Roxanne McKee, who played the character of Doreah on Game of Thrones.

Series 2 launches on 4th October on The CW.