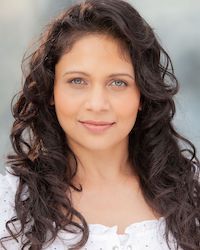 Shipra Jain Khanna can be seen in short film Lumbu.

Set in the Summer of 94, in Sandwell, West Midlands, where "Lumbu" reckons with his father's secrets in a bid to save the family. Written by Mohsen Shah & Billy Dosanjh and produced by Kurban Kassam and funded by BFI and BBC Films.