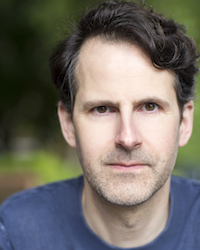 Steven O'Neill will appear in Small Axe - an exciting new project directed by Steve McQueen for BBC and co-produced by Amazon, and starring John Boyega and Letitia Wright.

McQueen said Small Axe would be "local but at the same time global".

He said the drama's "dynamic nature" would enable it "to confront injustice in the face of adversity".

McQueen, whose films include 12 Years A Slave and Widows, said he wanted to "re-live, re-evaluate and investigate the journeys that my parents and the first generation of West Indians went on".

Its title derives from a Jamaican proverb ("If you are the big tree, we are the small axe") which Bob Marley also appropriated for a song on his 1973 album Catch a Fire.

Piers Wenger, controller of BBC Drama, said it was "an honour" to help the Oscar-winning film-maker "tell these important and inspiring stories".