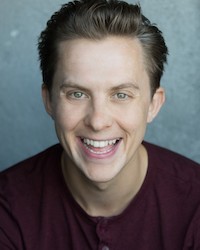 Joey appears in Mog The Forgetful Cat with The Wardrobe Ensemble and Royal and Derngate, Northampton.

But Mog’s forgetfulness can come in handy.

Join Mog and the Thomas family, on a journey through one year in the life of a really remarkable cat, as she catches a burglar, gatecrashes a cat show, goes to the V.E.T. and gets to eat lots and lots of eggs. Everyone’s favourite cat might be forgetful, but she certainly has a lot of adventures, and she loves her family very much.

The Wardrobe Ensemble adapt Judith Kerr’s beloved and iconic stories for the stage, in a lively and enchanting production directed by Jesse Jones and Helena Middleton, with songs, live music and a menagerie of creatures little and large. These timeless tales of family and friendship are brought to life to allow a new generation of children to fall in love with Mog.

Based on the bestselling Mog picture book series by Judith Kerr, published by HarperCollins Children’s Books.