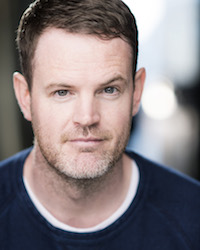 Mathew Craig joins the cast of The Secret Diary of Adrian Mole Aged 13 and 3/4 in the West End.

Based on the 1980s children’s books by Sue Townsend, the musical follows Adrian Mole, a Leicester teenager who feels that he doesn’t fit in with his family or friends. Falling in love with new classmate Pandora, Adrian tries to steal her heart in a musical with an original book, music and lyrics by Jake Brunger and Pippa Cleary.

A timeless tale of teenage angst, family struggles and unrequited love, told through the eyes of tortured poet and misunderstood intellectual Adrian Mole. One of the most enduring comedy characters of all time, he’s the hapless, hilarious, spotty teenager who captured the zeitgeist of 1980s Britain.

With an infectious score and a script as sidesplittingly outrageous as the original novel, this critically acclaimed production brings Adrian’s story to life for a new generation of theatregoers.

The Secret Diary of Adrian Mole aged 13 ¾ - The Musical is at the Ambassadors Theatre from 15th June to 12th October.