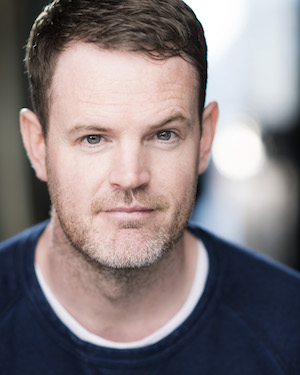 Mathew Craig trained at Mountview before embarking on a varied career on stage and television.

Mathew most recently covered the roles of George, Mr Lucas, Mr Scruton and Bert in The Secret Diary of Adrian Mole, Aged 13 3/4 at The Ambassadors Theatre, West End.

For theatre, Mathew's credits include George in The Secret Diary of Adrian Mole  Aged 13 3/4 (Menier Chocolate Factory), The Narrator in The UK Tour of Blood Brothers (Bill Kenwright and Bob Tomson), Beauty and the Beast (Disney Theatrical), Cameron Mackintosh's Miss Saigon, directed by Matt Ryan, A Misdummer Night's Dream directed by Peter Lydon, the original theatrical production of Imagine This directed by Tim Sheader as well as the Original UK Tour and West End production of We Will Rock You (Phil Mcintyre).

For television, Mathew has appeared in several shows for the BBC, notably Kombat Opera-Spouse Change (Avalon/BBC).

Whilst establishing himself as an actor and musical theatre performer, Mathew decided to pursue his ambition for stand-up comedy for a number of years.