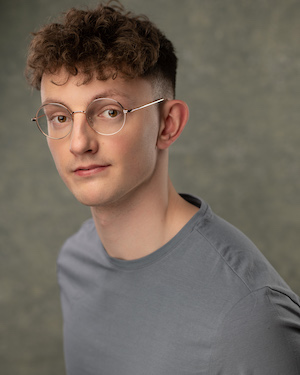 Oliver Stockley is a recent graduate of The Royal Academy of Music, MA in Musical Theatre. He starred in the lead role of Charley Kringas in Merrily We Roll Along for his graduating show.

Other credits whilst training include: A soloist in ‘Hello, Jerry!’: A Celebration of Herman, Josh in Drew Gasparini: Walking on Words.

Oliver and the Goya Theatre Company enjoyed great success in ‘Don’t Say Macbeth’ and ‘Sex with Friends (And Other Tiny Catastrophes)’ at the 2022 Edinburgh Fringe Festival. Both shows were nominated for Best Musical at the Musical Theatre Review Awards.

He was also asked to take part in the workshop of ‘The Day The Sea Caught Fire for RAM/Anthology Theatre.