Christina Tedders in The Lion, The Witch and The Wardrobe

Christina Tedders in The Lion, The Witch and The Wardrobe 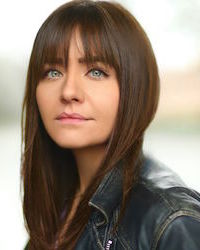 Christina Tedders joins the UK Tour of The Lion, The Witch and The Wardrobe in the role of Mrs Beaver.

Directed by Michael Fentiman, the show begins a major tour of the UK and Ireland at Curve, Leicester on Tuesday 2 November 2021, travelling to Aylesbury, Southampton, Sunderland, Salford, Cardiff, Nottingham, Edinburgh, Canterbury, Plymouth, Glasgow, Birmingham, Dublin, Woking and finally completing the tour in Norwich on 9 April 2022. The National Press night is on Thursday 9 December at 7pm at the Lowry in Salford.

The show broke box office records at Leeds Playhouse in 2017 and played to packed houses and critical acclaim at the Bridge Theatre in London in 2019.