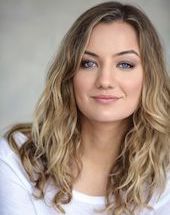 Kitty Lovett can be seen as Eliza in new Netflix original film I Came By.

Netflix’s I Came By will be directed by BAFTA winner Babak Anvari, who has directed such projects as Under the Shadow, Monsterland and Wounds. Anvari will co-write the movie with Namsi Khan who has worked on such productions as His Dark Materials, Domina and Humans.

Film4 and New Regency developed the project and will executive produce alongside XYZ, which brokered the deal on behalf of the filmmakers.

The London-set neo-noir thriller will follow a rebellious young graffiti artist who targets the homes of the wealthy elite but discovers a shocking secret that leads him on a journey endangering himself and those closest to him.