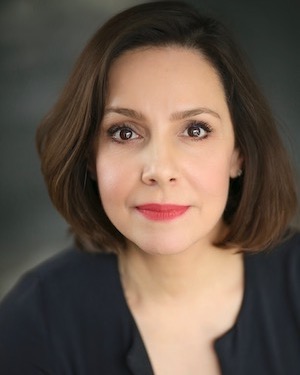 This is a story of a family driven apart by having to make choices no parent would ever want to make. Andrew and Nicci’s daughter, Marnie, has a life-threatening condition. The doctors believe it is in her best interests to be allowed to die, but her loving family disagree. And so begins a fight that will take them through every stage of a legal process, as they struggle to contemplate this huge decision. Who decides? And in whose best interests will it be?

The 4x60’ drama has been commissioned by Piers Wenger, Controller of BBC Drama and Charlotte Moore, Director of BBC Content; and is the first production for new company Chapter One Pictures. Executive Producers are Sophie Gardiner (Howards End, Chimerica), Toby Bentley (Kiri) for Chapter One Pictures, Jack Thorne for One Shoe Films, and Lucy Richer for BBC One. The series will be produced by Abi Bach (The Honourable Woman, Black Earth Rising).

Written by Jack Thorne, whose recent credits include The Virtues, National Treasure and Kiri, This Is England ’86, ’89, ’90 (Channel 4) and the upcoming BBC One/HBO adaptation of Phillip Pullman’s His Dark Materials. He has also written The End Of History… as well as Harry Potter And The Cursed Child in London’s West End and on Broadway in New York City.

Jack Thorne, Writer, says: “As a parent of a three year old I've looked at the cases in the media about 'best interests' with some fascination and a little dread. When the worst happens, how do you keep your head when everything around you feels wrong? We are going to try and tell a nuanced story that talks about this issue from all sides. I'm so happy to be working with Piers Wenger and the BBC again and to be part of the great folk at Chapter One Pictures. ”

Piers Wenger, Controller of BBC Drama, says: “This heart-breaking story delves deep into the inner turmoil these two parents experience when faced with their worst nightmare. Jack Thorne’s talent for tackling the most complex and challenging real life stories with consideration, wisdom and vision will make this a series to remember.”

Sophie Gardiner, Managing Director of Chapter One Pictures, says: “We are delighted and proud that the first commission for Chapter One Pictures is a Jack Thorne project of such calibre, and thrilled for it to be on BBC One. Jack writes these important stories of our time with such compassion, wit and intelligence; it’ll be a privilege for us to help bring it to life.”